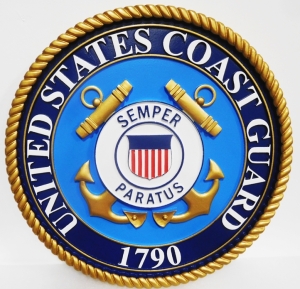 George was born on November 15, 1955 to George Wallace, Jr. and Shirley in Honolulu, HI. He was raised in Leominster, MA and attended and graduated from Leominster High School where he was a star running back, #35. George would later join and serve in the United States Coast Guard for over 20 years. After retirement, he worked as a Structural Estimator for the latter part of his career.

Upon retirement, he found happiness and took pride in his home in Myrtle Beach, where he enjoyed playing golf, spending time with family and friends, riding his motorcycle, and tinkering around. George was an active member of both the American Legion and the VFW.

George was predeceased by his father, George Wallace, Jr., his mother, Shirley Poudrette, and grandparents George Wallace, Sr and Lilian. He is survived by his loving wife, Donna Wallace, two children, Christopher Wallace and his wife Beth, Megan Cali and her husband Matt, three grandchildren, Luca Wallace, Sophie and Lucy Cali, sister, Holly Seamans, five stepbrothers and sisters, niece, Elisha Caudill and her husband Jared, nephews Andrew Seamans and his wife Jacinta, and Matt Seamans; as well as many other family members and close friends.

The family will receive friends & family for visitation at Richardson Funeral Home, 106 West Street, Leominster, MA on Sunday, September 12th from 6:00 pm - 8:00 pm and a graveside service will be held at St. Leo’s Cemetery, Leominster on Monday, September 13th at 10:00 am. www.richardsonfuneralhome.net

To send flowers to the family or plant a tree in memory of George A. Wallace, III, please visit our floral store.