Share a memory
Obituary & Services
Tribute Wall
Read more about the life story of Rolph and share your memory.

Rolph Dana Erdmann, 84, of Leominster, died on Tuesday, January 3, 2023, at UMass Memorial in Worcester. The family is devastated by his loss. During the weeks he was in the hospital, his family spent tireless hours by his bedside. His wife, each of his daughters, and grandchildren visited as often as they could and were there to comfort him in his final moments.

Rolph was born on April 24, 1938, to Otto and Alma (Cahill) Erdmann in Leominster, Massachusetts where he lived all his life. He graduated from Leominster High School in 1956 and worked on the St. Lawrence Seaway. He then joined the US Marine Corps. In his time serving in the Marine Corps, he went to places such as Paris, France, Lebanon, Jamaica, and the Riviera. After leaving the service he worked for the New England Telephone Company, growing with the company as it changed hands numerous times. After 40 years with the company, he retired from Nokia in 2001.

Rolph married Barbara (Burdick) Erdmann on April 7, 1962. They had two beautiful daughters together: Danna and Diane. They celebrated their 60th wedding anniversary in June of 2022 with many family and friends at an anniversary party at their home.

Rolph had a great passion for all types of sports, but his personal favorites were golf, skiing, and racquetball.  He was a member of Westminster Country Club for over 40 years and during that time aced two holes-in-one. He and Barbara often traveled to golf courses around New England and Florida to play golf at different courses. After his retirement in 2001, they had a great time on a cross country trip, playing golf in many of the states along the way and had the pleasure of staying with friends, Dianne & Rollie Legros in California, and his brother Bob & wife Peggy in Florida, before returning home.

Rolph was also a Member of the Montachusett Ski Club for over 50 years and traveled to many places such as Jackson Hole, Wyoming, Denver, Colorado, Italy, and France with the ski club.  He tried to teach his family members to ski, including his wife, Barbara.  However, the only one that had a passion for it and still does is his grandson, Dana.

In addition, Rolph was a long-time member of Orchard Hills in Leominster where he exercised faithfully and played racquetball, a game that he loved and played for 60 years.

Rolph is survived by his wife, Barbara (Burdick) Erdmann, daughters Danna Rogiers and her husband Bob Rogiers, Diane Erdmann and her partner Phil Craven, grandson Dana Recker and his wife Brittany Recker, granddaughters, Kristin Recker and her husband Lai Recker, Sydney Rogiers, Taylor Martin and great grandchildren, Henry Otto Recker & Oliver Patrick Recker.  He is also survived by his sisters-in-law Margaret Erdmann and Susan Cade, as well as many loving nieces and nephews, and two of his best friends, Bill Martin of W. Boylston, and Tom Bliss of Arizona.

Rolph is predeceased by his parents, Otto and Alma, his stepmother, Mary (MacKenzie) Erdmann, his brothers, Robert Erdmann and James Erdmann, his sister-in-law Frances Erdmann, his sister, Patricia (Sine) Erdmann, and two infant sons and a daughter who were born full term.  In addition, two other good friends, Dick Palmer, who passed away on Nov. 7, 2022, and Roland Legros, who passed away on December 10, 2022.  Our hope is that he is with his family and friends and looking forward to golfing, skiing, and playing racquetball in his new home.  His family loves him, with all our hearts and will miss him forever. He was a quiet, caring man and his family just knew how much he loved them, without showing it, and they loved him right back, in the same unassuming way. Rolph had a dry sense of humor, but if he teased you, you can be sure he loved you or liked you very much.

There are no calling hours. In lieu of flowers, the family asks that a memorial donation be made in Rolph’s name to the Leominster Veteran Memorial Center (LVMC). The family will have a Military Service for him at the Veteran's Cemetery Chapel in Winchendon on January 20, 2023, at 1pm and a memorial will be held at a local establishment in April to celebrate his life.

To send flowers to the family or plant a tree in memory of Rolph D Erdmann, please visit our floral store. 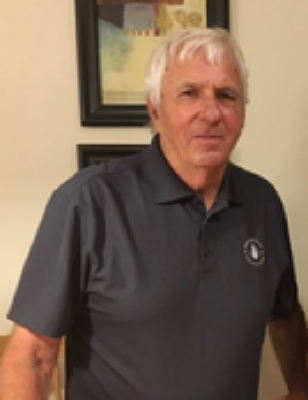 Family and friends are coming together online to create a special keepsake. Every memory left on the online obituary will be automatically included in the book.

You can still show your support by sending flowers directly to the family, or by planting a memorial tree in the memory of Rolph D Erdmann
SHARE OBITUARY
© 2023 Richardson Funeral Home, Inc.. All Rights Reserved. Funeral Home website by CFS & TA | Terms of Use | Privacy Policy | Accessibility