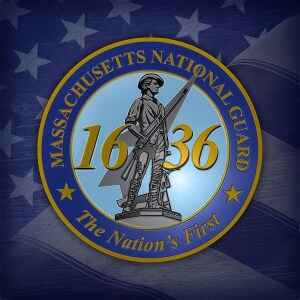 Stephen P. Manzi, 71, of Leominster, MA, peacefully passed away with his daughter by his side on August 29th, after a brave and epic battle with stage 4 cancer.

Born in Everett, MA, to Alice and William Manzi, Stephen was the fourth of his five siblings. Stephen was fiercely passionate about cars from the start, especially Porches, and enjoyed both working on them as well as driving them. He was also passionate about politics, and was proud to work on both Barack Obama and Hillary Clinton's campaigns.

After he graduated, Stephen landed his first job as a lineman for New England Telephone. He was also a member of the Massachusetts National Guard, as an MP for 6 years. This kickstarted Stephen’s strong belief in the power and value of Unions. In 1977, Stephen met his favorite wife, Linda, and they went on to have two beloved daughters. Stephen’s love for his daughters had been a point of pride, and he never missed an opportunity to brag about them both.

Stephen was a strong, kind, loving, and supportive father and grandfather. He counted his grandchildren, Michael Jr and Lilly, as his greatest gifts in life, second only to his dutiful daughter Stephanie, whom he often remarked had “saved his life” during his over 4-year fight against cancer. She was grateful to be at his side at the time of his passing. He will be deeply missed.

Stephen was predeceased by his parents, Alice and William Manzi, as well as his brothers, William, Robert, and David, and leaves behind his brother Philip, his ex-wife Linda Manzi, His daughter Allison Manzi, as well as his daughter Stephanie Trudel, his favorite son in Law, Michael D. Trudel Sr, and his beloved grandchildren, Michael D. Trudel Jr, and Lilly M. Trudel.

The family requests that in honor of Stephen, in lieu of flowers, if you are able, to please contact the American Red Cross, and donate blood, as Stephen proudly did.

To send flowers to the family or plant a tree in memory of Stephen P. Manzi, please visit our floral store.

A Memorial Tree was planted for Stephen

We are deeply sorry for your loss - the staff at Richardson Funeral Home, Inc.

Join in honoring their life - plant a memorial tree